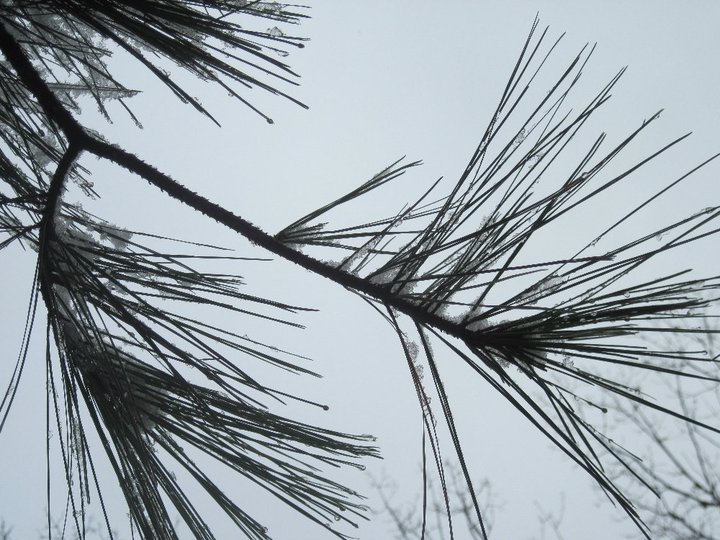 Real or artificial, hulking or pint-sized, short or shaggy in the needles, the Christmas tree is among the most beloved of holiday traditions—and its roots are blessedly pagan.

The practice of decorating evergreen boughs or trees, on or near the winter solstice, can be traced back to the Romans, Druids, Vikings and Egyptians, for whom the unchanging foliage symbolized the eventual return of the summer sun.

Sixteenth-century German Christians were the first to move the tree indoors, a practice further popularized by England’s Queen Victoria, and the Pennsylvania Dutch are credited with bringing the tradition to the United States.

Every Christmas tree-mounting family I know has its own set of tree-related traditions. When I was growing up, we would cut our tree from the same farm every year, heading out the Friday or Saturday after Thanksgiving to look for the roundest, sturdiest, straightest specimen on the lot. My grandparents would cut their tree from their own property, then decorate it with paper stars and tinsel. My older brother now buys his trees off an urban lot where rows of pre-cuts, propped up in individual stands, give the impression of an actual pine forest.

My own “Christmas tree,” here in our New York City apartment, is a potted rubber fig plant, dressed in a single strand of LED lights and a handful of photo-frame ornaments. It’s the second year we’ve turned a houseplant into a tree; I love the whimsy of it, and big-city trees are so expensive.

The best trees I knew were my Aunt Carol’s. She loved Christmas more than anyone I’ve ever known, and when she passed away unexpectedly last year, just 10 days before the holiday, we decided to leave her Christmas tree standing until the following June.

This year my parents have two trees: a sleek, post-modern, pyramidal prefab for the living room, and a fat, wily frasier fir downstairs. Their trees have a tendency to come crashing down to the floor at least once per season, smashing ornaments and launching needles like a defensive porcupine.

This year was no different. After a week standing, the fir took an epic tumble. My parents blamed it on an overburden of ornaments, but I suspect foul play.

“Wild” comes from “willed,” after all, and I believe my parents’ wily tree has a rebellious streak.

Have you ever asked yourself, during all that sawing, baling, transporting, lighting and decorating, what the tree might have to say about all of this? What must it feel like to be felled from the only forest you have ever known, then to be kidnapped, re-sawed, bolted into position, choked off from a consistent water supply and smothered by lights, tinsel and gaudy balls?

I felt sorry for my mom and dad, for the smashed ornaments and time-consuming cleanup, but I don’t blame the tree for what it did.

I’m familiar with the sentiments of a wild soul confined.

It’s odd, isn’t it? We struggle at great expense to seal our houses against heat, cold, wind, bugs—outdoor influences of any kind—then invite whole trees, or at least remembrances of them, into the hearts of our homes, begging for them to scratch up our walls and cover the floor with their needles.

Are we pagans? God I hope so.

“When James Watt was asked what he feared most about environmentalists, his response was simple: ‘I fear they are pagans.’

He is right to be fearful.

I would like to suggest that Pan is not dead, that Echo lives in her repetitive world, in the cycles and circles of nature.”

Christmas trees–even synthetic ones–profess a series of profound, yet ancient political statements: that we as a humanity are willing and excited to blur the line between indoors and out; that we acknowledge the slipperiness and fallacy of any nature-culture binary; and that we long to commune with all that is earthen, willful and wild.

We’ll see you in January.

**Williams, Terry Tempest. “Yelllowstone: The Erotics of Place,” in An Unspoken Hunger: Stories From The Field. New York: Vintage Books, 1994.