“The farther one gets into the wilderness, the greater is the attraction of its lonely freedom.”            Theodore Roosevelt

Yellowstone:   The river: 671-692? miles of undammed water (though there are 6 diversion dams that direct water into canals for irrigation) and the oldest place name in the park, named from the Minnetaree name for the river:  “Mi tsi a-da-zi”. 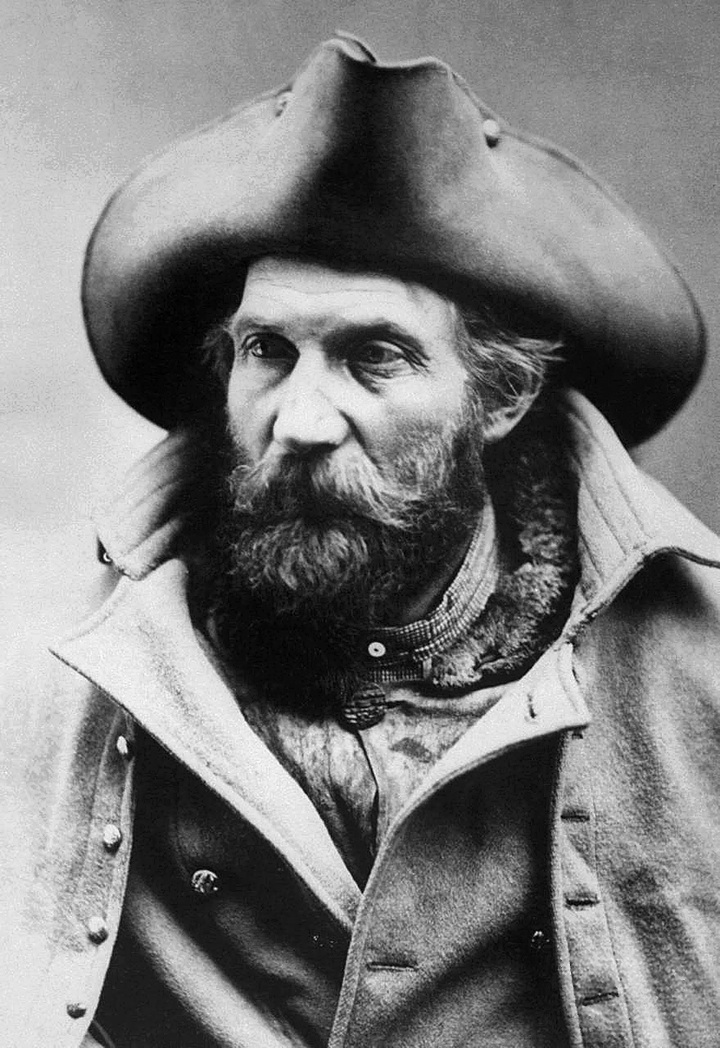 Yount and Yellowstone came together in 1880 when Philetus Norris, the second superintendent, hired Yount as a gamekeeper, the single man responsible for the welfare of the animals in the Northern Range of the Park. He lived in a cabin near the confluence of the Lamar River and Soda Butte Creek and  though he was a strong mountaineer and had excellent back country skills, he lasted only 14 months, perhaps realizing the futility of his lonely position. His letter of resignation recommended “I do not think that any one man appointed by the honorable Secretary, and specifically designated as a gamekeeper, is what is needed . . . but a small and reliable police force of men, employed when needed . . . is what is really the most practicable way of seeing that the game is protected from wanton slaughter, the forests from careless use of fire, and the enforcement of all the other laws, rules, and regulations for the protection and improvement of the park.” These words made him, in some eyes, the ‘father’ of national park rangers.           Last week our nation celebrated the 100th anniversary of the beginning of the National Park Service. I, for one, am glad that Harry’s suggestion was taken and acted upon.

Yount and Yellowstone come together today southeast of Yellowstone National Park, in the Bridger-Teton Wilderness. The 12,156 foot peak that bears his name is listed as the most remote and difficult to get to peak in Tom Turiano’s book: ‘Select Peaks of Greater Yellowstone’.

Last year, Jane and I found the truth of those words as we hiked to within view of Younts Peak, wanting, but unable to summit due to inclement weather, smoky conditions and time.

This is serious backcountry. Riding over Marston Pass, the view was so huge, so empty yet full, that it was unsettling. My eyes travelled outward—as far as I could see were jagged peaks, rounded mountains, flat-topped buttes and wide valleys below. Ups and downs are exaggerated here—not a few hundred feet, but easily a thousand feet for every up and down. We rode over the final pass, dismounted, and led our horses down the final steep 2-mile descent to camp. Looking over at the snowfield on Younts Peak, Scott, our guide, pointed toward a fast-moving black dot. A grizzly bear ran across the snowfield onto the scree and over the next ridge. “Now that’s a wild bear.” Scott said. We agreed with him—not a bear used to people, not a bear used to cars along roads, but a wild bear who, when he became aware of us a mile away, took off at top speed. (A very good wild bear!). We saw one other bear in the same area a few days later. They were up in the high country ‘mothing’. This time of year—August—Army Cutworm Moths leave the lower elevations and congregate in the rocky slopes to mate and gain weight. Think of each moth as M&M on steroids. Filled with high fat and protein, bears eat them and gain weight during hyperphagia before hibernation.

I love the backcountry and love getting out and away anytime. This trip, though, was special because of the importance of where we were. Not many people get back into this land. It is tough stuff. But to have been able to summit the peak named for Harry Yount, our first park ranger, to drink and sleep next to the headwaters of the Yellowstone River… and to breathe the rarified air at over 12,000 feet, to ride over 10,000 foot passes, to lead our horses down steep slopes, to experience far-away true off trail back country. Magical. Priceless.

Today, the Yellowstone River (From Gardiner to Laurel, MT) is closed to fishing and all recreation due to a parasite, which kills whitefish, rainbow and cutthroat trout. The water we stepped across has not yet reached my town of Gardiner, and won’t for years. It is still on its way, most likely spending the next 10 years or so moving through Yellowstone Lake. Then it will travel over the Upper and Lower Falls, through Hayden Valley, past Tower, through the Black Canyon and finally will reach Gardiner on the northern boundary of Yellowstone National Park, then continue on through Paradise Valley and out past Billings to join with the Missouri River. What conditions will that water find? I hope the water we experienced in August is cool enough and plentiful enough to nourish a healthy population of cutthroat trout.

“We are prone to speak of the resources of this country as inexhaustible;             this is not so.”  Theodore Roosevelt