From Montana, Texas is a state that you really have to want to be there… Four and a half days of driving, pulling the BAT (Big Ass Trailer), spending nights in Walmart parking lots finally got us to Corpus Christi. The NAI conference (National Association for Interpretation) was great; the week was difficult. But walking barefoot along the beach on Padre Island, kicking through salt-water waves provided space to breathe, to be in the real world, to feel a semblance of balance. Shorebirds ran ahead, pelicans flew low above the water, hazy mist dampened hair and cheeks. Our list of birds from Padre Island, Goose Island State Park and Aransas National Wildlife Refuge is long, but my highlights are the Whooping Crane for its Endangered Species status, the Brown Pelican for its colors and behavior, and the Crested Caracara because it’s a bird I’ve wanted to see for years, ever since first paging through bird books in Michigan years ago. 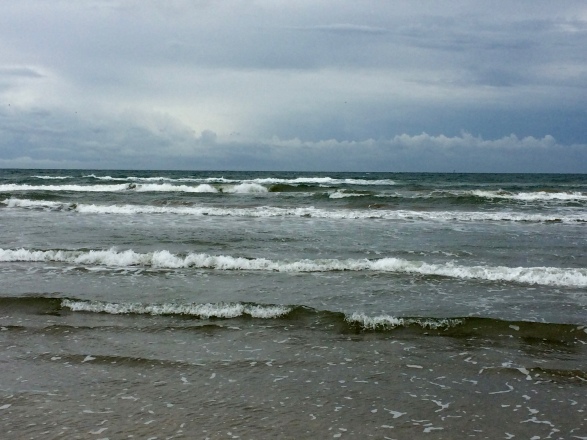 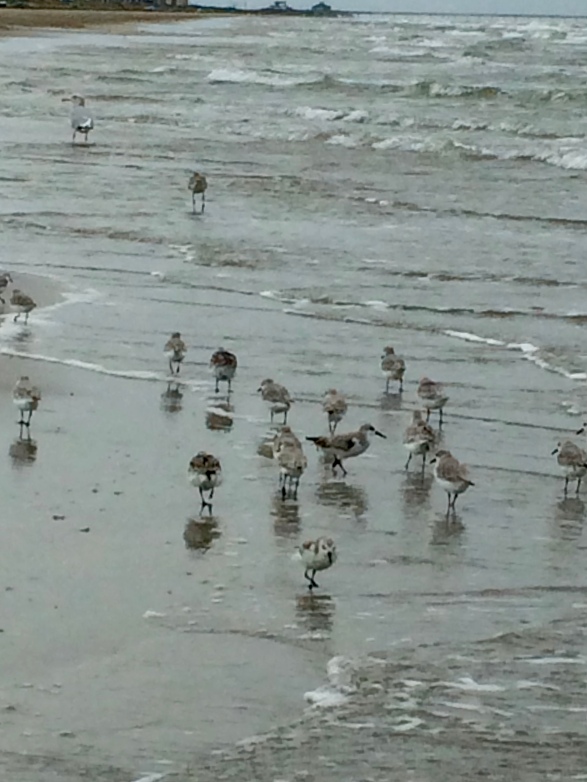 Two more days of driving has brought us here, to Big Bend National Park. Even in Texas, Big Bend is a place you really have to want to be there. We set ourselves down in the furthest south campground in Rio Grande Village. Until yesterday, the weather has been very warm. This morning, I wake to chilly air, and put on wool cap, jacket and fleece for the first time in weeks. The wind has stopped and the air is calm. Quiet surrounds me as I sit outside facing a wall of green mesquite trees, hoping the Roadrunner will put in a third appearance. 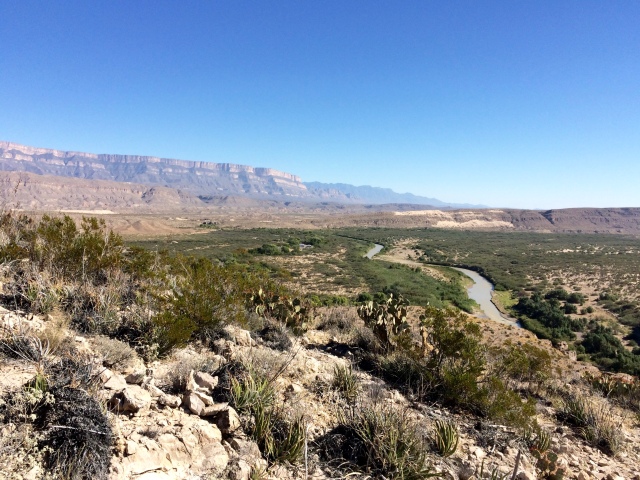 There is good hiking in Big Bend, though the heat here in the low area can be a deterrent to any distance. I drove up to the Chisos Mountains, left the car at 8:15am, climbed up and up along the steps of the Pinnacles Trail. Turning on a side route, I headed up Emory Peak. The track climbed gradually, then more steeply until the final 25 feet became a scramble to the small rocky summit. At 7,832 feet, I stood on the highest point in Big Bend. The views were 360, the wind fierce. Returning to the Pinnacles Trail, I decided to continue the longer loop. The tread was smooth, the trail rolling. I hiked through shady canyons with pinyon and oak. A few trees showed red autumn colors though greens predominated. More climbing and I reached the South Rim Trail, 2500 feet above the desert floor. I could see the distinctive Boquillas Cliffs to the south, beyond the Rio Grande River. 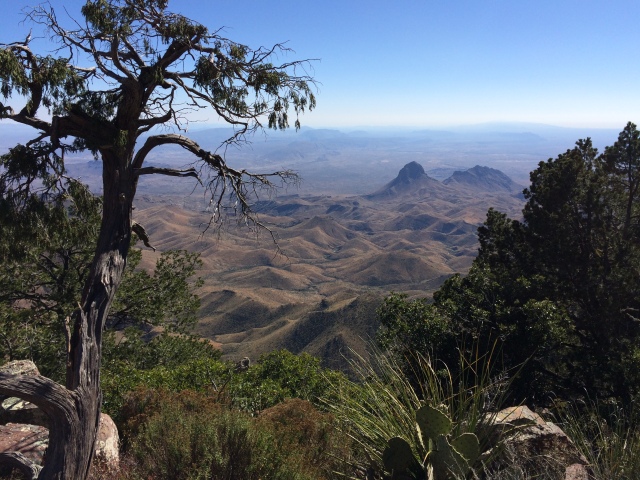 I hiked alone in the silence. Piles of old bear scat dotted the trail in shaded canyons. Mountain lions are also reported in this area, but though they may have seen me, I remained blissfully unaware of them. A few birds cawed in the distance, and I spotted the tail end of a large dark lizard as it scuttled under rocks. The miles added up, feeling farther than my expectations. When I returned just before the Visitor Center closed at 4pm, I was told I had hiked 19 miles. 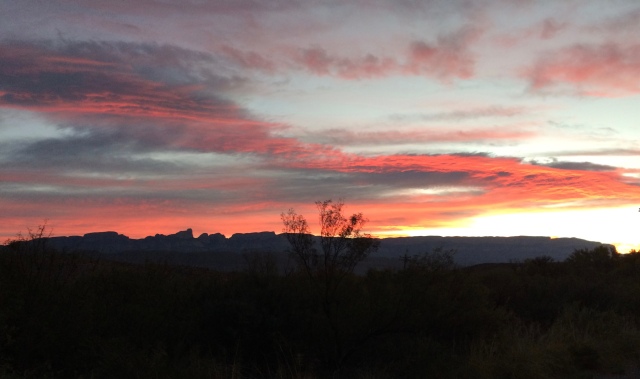 This morning, my back is sore, my legs are heavy, but my heart is light. Long distance and wildness is good medicine, energizing my core, renewing my spirit.

“Wilderness is not a luxury but a necessity of the human spirit, and as vital to our lives as water and good bread. …” Edward Abbey

4 thoughts on “Notes from the Road: Texas”