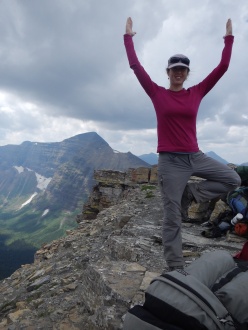 I am a science writer and wildlife biologist living and working in Yellowstone National Park. In 2000, I earned a B.S. in biology from Eastern Connecticut State University and then spent the next five years traveling throughout the U.S. and Central America to see what biologists really did for a living. In Costa Rica I sat for weeks behind a blind watching long-tailed manakins perform their mating dance, I banded endangered golden-cheeked warblers and black-capped vireos in Texas’s Hill Country, and I captured the last po’ouli honeycreeper in the cloud forests of Maui. During my travels I had somehow managed to skip over the Rocky Mountains until one day I landed a job working with songbirds in Yellowstone National Park –  a project that morphed into a master’s degree from Montana State University. After earning my degree in 2009, I became the field lead for Yellowstone’s bird program – a position I held for eight years. Some may say that I had the best job in the world. I spent most days in the field watching birds, dodging tourists, and keeping a wary eye out for grizzly bears, but three years ago my passion for conservation and wildlife took me in a new direction – writing about science, nature, and life in the American West. I now write Natural Resource Condition Assessments for the National Park Service as well as science articles for a variety of magazines. Check out my website.