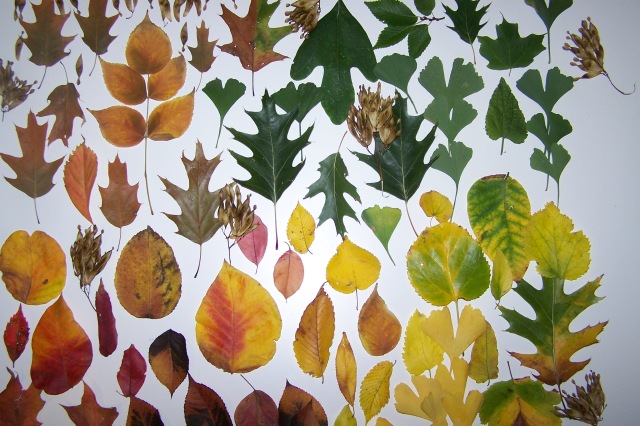 I caught a leaf the other day as it tumbled to the ground. Bright, crisp, cool to the touch, it interrupted my thoughts and jog and turned me into the littlest-girl version of myself: red cheeks skyward, grinning at the whimsy of the situation.

This fallen fairy had chosen me–me!–as her intermediary between arboreal life and earthly decay. What a moment, I thought: catching death as it happens. I’ve never watched a person die, though lately I’ve handled more than my share of dead and dying birds, crickets, and caterpillars. This leaf had spent weeks, maybe months, vital in the canopy, baking sugary dinners for roots and cambium; now, in death, I was its first living touch.

Fall makes lovely work of death. Branches grow cold and bare, and what looks like destruction is actually the wisest, most humble of survival tactics. A deciduous tree, spurred by lengthening nights and conscious of the watery nature of its leaves, ceases chlorophyll production and puts forth a divisive barrier of cells between twig and leaf.

As chorophyll wanes, other pigments surface: latent carotenoids, like xanthophyll and carotenes, responsible for oranges, browns, and yellows; and anthocyanins, manufactured from the leaf’s now-trapped sugars, capable of generating deeper reds and purples.

It is a spectacular, colorful performance, but the fate of each leaf is the same. 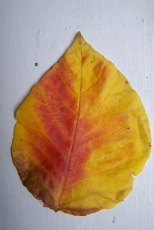 The Saxon word “fall” was first posed to describe the autumnal season sometime in the 17th century. The term, according to most etymologies, contrasts the fertile “spring” and hints at the falling away of nutritive bounty.

I love its cascading sound, but the word is deceiving. Autumn marks no true “fall” from anything. It is, instead, a shift: from external production to intentional dormancy; from the lightness of summer days to the concentrating cold of the long winter’s night.

Trees, as organisms, are not a natural group. Most do not share a common ancestor; a given tree might be more closely related to a clover or mugwort than to a neighboring tree. Still, in a forest, fallen leaves of various species mingle to a common purpose: an organic layer of ground cover, capable of insulating roots during winter and enriching the soil come spring. 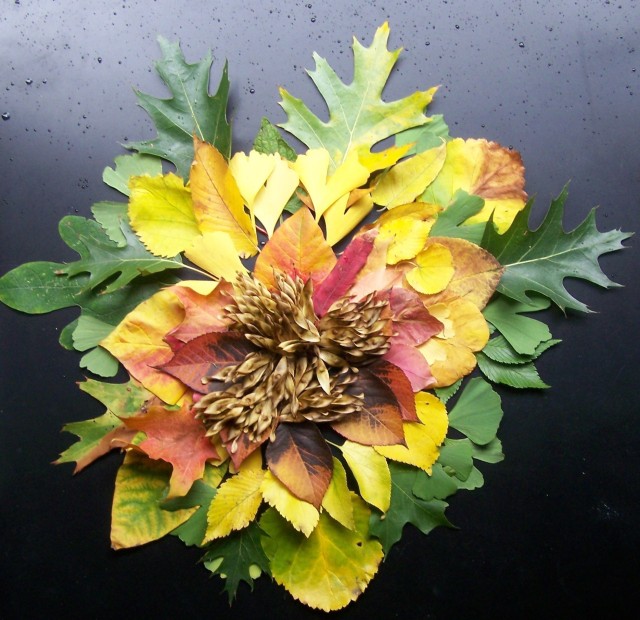 Fall reminds me of that which we have forgotten: that to die is the most natural, nourishing thing we can do. That aging, if we let it, will bring forth our brightest colors, and that only in community can we maximize our generative potential. 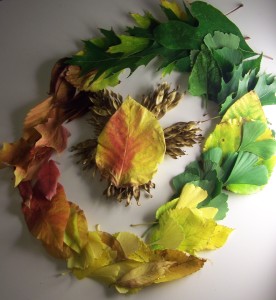 One thought on “Everything Falls”