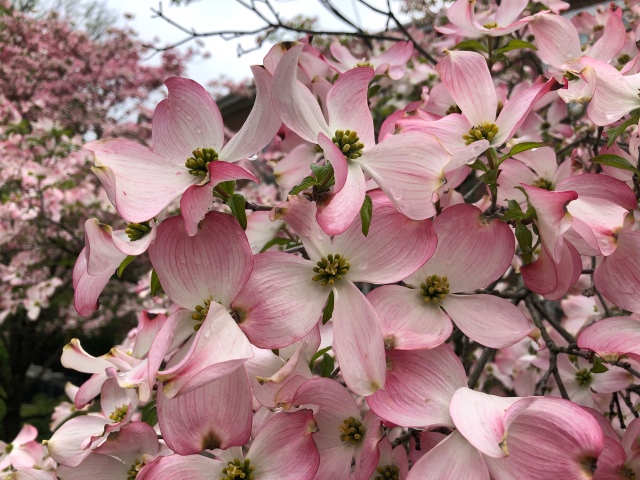 To every wild feminine spirit in love with the words and the woods: Happy Mother’s Day. Through our gifts of transcending and caring and loving, we are all of us mothers.

“A good mother grows into a richly eutrophic old woman, knowing that her work doesn’t end until she creates a home where all of life’s beings can flourish. There are grandchildren to nurture, and frog children, nestlings, goslings, seedlings, and spores, and I still want to be a good mother.”

I have been gone so long, friends, hiding behind the playing and puttering that comprises our life at home. Coming back to the page, coming into spring in The Bronx, reckoning with a fourth warm season in New York City and a second year as a mother, I wanted to write to you about the lushest thing I know.

Symplocarpus foetidus, skunk cabbage, are the leafiest things in our woods’ spring pools. I have watched them coming up for months: as their buds first generated a snow-melting heat, then as their spathes poked out of the water like pitcher plants. Finally, they unfurled their platform of cruciferous skirts, until I could hardly perceive the surface of the pond under all those luxurious green leaves.

Skunk cabbage are named for the reek they produce, a musk reminiscent of rotting meat which attracts the carrion-munching creatures the plant requires for pollination. When my brothers and I were growing up, we joked with my mother that skunk cabbage was her spirit plant, her totem. For a while we used it as a nickname, one that befitted her spicy personality, resilience, and secret talents.

I’d been gone from our woods for a week or more, running uphill on concrete in the mornings instead of downhill into the wide-open mouth of Van Cortlandt Forest. I’d had no idea how prolific our skunk cabbages had become. I pondered their number, their thickness and community, and it occurred to me that the solitude I so cherish on these runs (and during these writing sessions) relies paradoxically on the presence of other people: the husbands and nonnas, grandparents and friends who will watch a baby for an hour in order to let a mama breathe. Then I thought about Andreas Weber’s ecology of love, about my gradual, sometimes begrudging acceptance of the fact that I only exist in the world so much as I participate in it, that “I” as an impermeable self-contained unit, reliant on no other being, does not exist.

A friend once asked me (or I her?), When did you first feel like a woman? She told me that for her it was during childbirth, when she understood through warping pain what her body and spirit could overcome. I have known the answer to this question for more than 10 years: I became a woman when I was first called upon to support a bereaved beloved. For both my friend and I, our womanhood has centered around our capacity to simultaneously embody and transcend self, by caring utterly more for another person or being.

The crazy godlike thing about women is that we come into our selves by coming out of them.

I write sometimes while my daughter is nursing. To me it is not strange that the words flow most freely when my body is busy nourishing hers…

And death–death is spring’s ultimate companion. In the midst of so much new life I hold a broken egg in my hands, as blue as my daughter’s eyes and as fragile, and I remember one hour two years ago when I sat my pregnant body down in Central Park next to an embryonic bird, shattered by a fall, as it took its first and last breaths. Its wings were as delicate as eyelashes, rising and rasping only a few times per minute. Then, not at all. Why my child could live and this child could not remained a mystery of this universe.

May every mother and not-mother honor life today, in all its forms. May we honor the sisterhood that fosters our individuation and allows us our independence; might we also lift up each feminine self that makes possible the sustaining sisterhood.

And to think, I wanted to write to you about skunk cabbage.

3 thoughts on “My Mother (the Skunk Cabbage.)”